Get fresh music recommendations delivered to your inbox every Friday.

The Polyanna Cramp (wings it with a Musketeer's Liver) 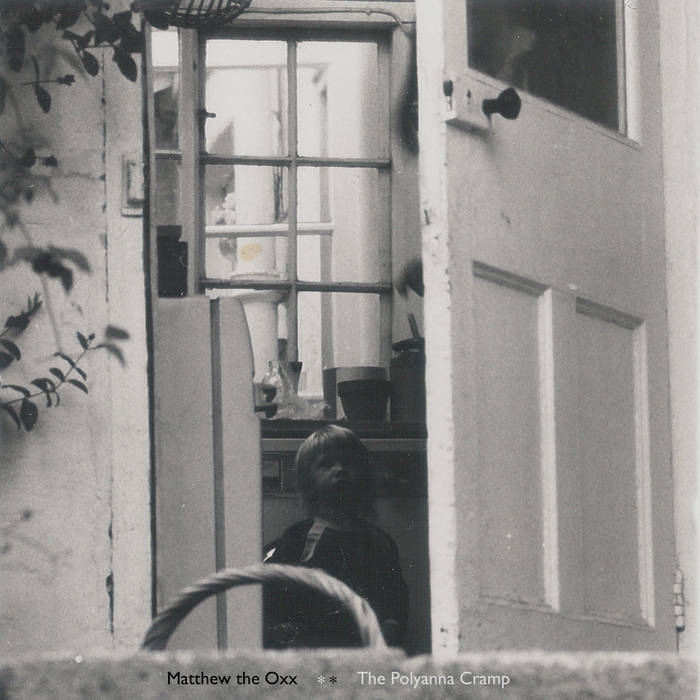 The Polyanna Cramp (wings it with a musketeer's liver), this is Matthew the Oxx in lofi folk mode on tape. Stripped back, open and honest.

This album was recorded in the death throes of an extremely creative and productive relationship spanning several years between Matthew, Steve Kidby (of Brickhouse Studios, Portslade) and Tim Lloyd who contributed so many different ideas and instruments along the way.

The recording was all done on Hi-8 tape and as such there is the occasional click and pop, for the time being I am leaving the recording unmastered as I feels it has something a mastered album might not. With me of course and as ever, this is subject to change!

The Polyanna Cramp is certainly amongst my favourite Oxx recordings and there are so many magical moments in there which strike me over and over. Like Madeleine Milla's backing vocals on 'Travelling Salesmen' which lift the song from a dreamlike state into something transcendent, a song i endlessly return to. Plus there is the song 'When It Hurts' which people have often asked me to play live, and i cannot! Somehow the song escapes me every time, it was a moment.

There are lots of different stories behind the songs and the parts that make up this album, and it is something a listener can explore quite easily. The production is sparse, warm, clear and intimate which is something I have always strived to achieve as a recording musician so this for me, is a true and very personal piece of treasure.